PARIS (AP) – A 32-year-old French journalist was killed on Monday in eastern Ukraine, fatally injured by shrapnel while covering …

PARIS (AP) – A 32-year-old French journalist was killed Monday in eastern Ukraine, fatally injured by shell fragments while covering an evacuation operation from Ukraine, according to the French TV news agency where he worked.

BFM TV reported that Frederick Leclerc-Imhoff was killed while “covering a humanitarian operation on an armored car” near Severodonetsk, a key city in the Donbas, which is fiercely fought by Russian and Ukrainian forces. He worked for six years on a French TV channel.

French President Emmanuel Macron paid tribute to Leclerc-Imhoff on Twitter, saying he had “arrived in Ukraine to show the reality of the war.”

“On board a humanitarian bus, along with civilians forced to flee to escape Russian bombs, he was fatally shot,” Macron tweeted.

Macron expressed his condolences to his family and friends and expressed his “unconditional support for France” to those who are carrying out a difficult mission of informing in theaters of war.

French Foreign Minister Catherine Colonna said the journalist’s death was “deeply shocking”. She tweeted that he had been killed “as a result of Russian bombing.”

“France demands that a transparent investigation be launched as soon as possible in order to shed full light on the circumstances of this tragedy,” the statement said.

The column, which was on a planned visit to the Ukrainian capital Kyiv on Monday, later called the tragedy a “crime” by journalists.

She said she had talked to Ukrainian President Volodymyr Zelensky and asked him to do “everything” to get the journalist’s body back to France as soon as possible. She said that the Ukrainian authorities would investigate the circumstances of the death in the combat zone.

BFM TV reported that Leclerc-Imhof was accompanied by a lightly wounded male colleague. The Ukrainian woman who worked with them was not injured.

Earlier on Monday, Luhansk Oblast Governor Syarhei Haidai told Telegram that Leclerc-Imhoff had died, saying Russian troops had fired on an armored car traveling to pick up people for evacuation.

“Shrapnel from the shells pierced the armor of the car, fatally injuring an accredited French journalist who was reporting on the evacuation. The patrolman was saved by a helmet, ”he wrote.

As a result of the attack, the evacuation was canceled, Gaidai said.

He published a picture of the accreditation of the Ukrainian press Leclerc-Imhoff and a picture of what he said was the consequences of the attack.

Gaidai said Leclerc-Imhoff’s body had been evacuated to the nearby Ukrainian-ruled town of Bakhmut and would be taken to the central city of Dnipro for autopsy.

According to him, a patrol officer who accompanied the car was hit by shrapnel in the head and taken to a military hospital.

The head of the National Union of Journalists of Ukraine Sergei Tamilenko told the AP that officials are discussing how to repatriate his body to France, “which in the face of military activity and constant shelling is not easy to do.”

“Journalists pay with their lives for the right to know the truth about what is happening in the war in Ukraine,” he said.

The head of Reporters Without Borders, Christophe Delour, said that “since the beginning of the war, we have noticed that journalists and other citizens, of course civilians, are being targeted by Russian troops.”

According to Deloire, Leclerc-Imhoff was heading to the Donbass region on a humanitarian bus that was going to pick up people and evacuate them.

Several Ukrainian and foreign journalists have been killed since February, including another 55-year-old French citizen, cameraman Pierre Zakzewski.

Zakzewski, who also had Irish citizenship, and 24-year-old Ukrainian journalist Alexander “Sasha” Kuvshinov, both employees of Fox News, were killed when their car came under fire near Kiev on March 14.

AP journalists Angela Charlton, Nicolas Garig and Ekaterina Gashko in Paris and Yuras Karmanov in Lviv (Ukraine) have contributed to the story. 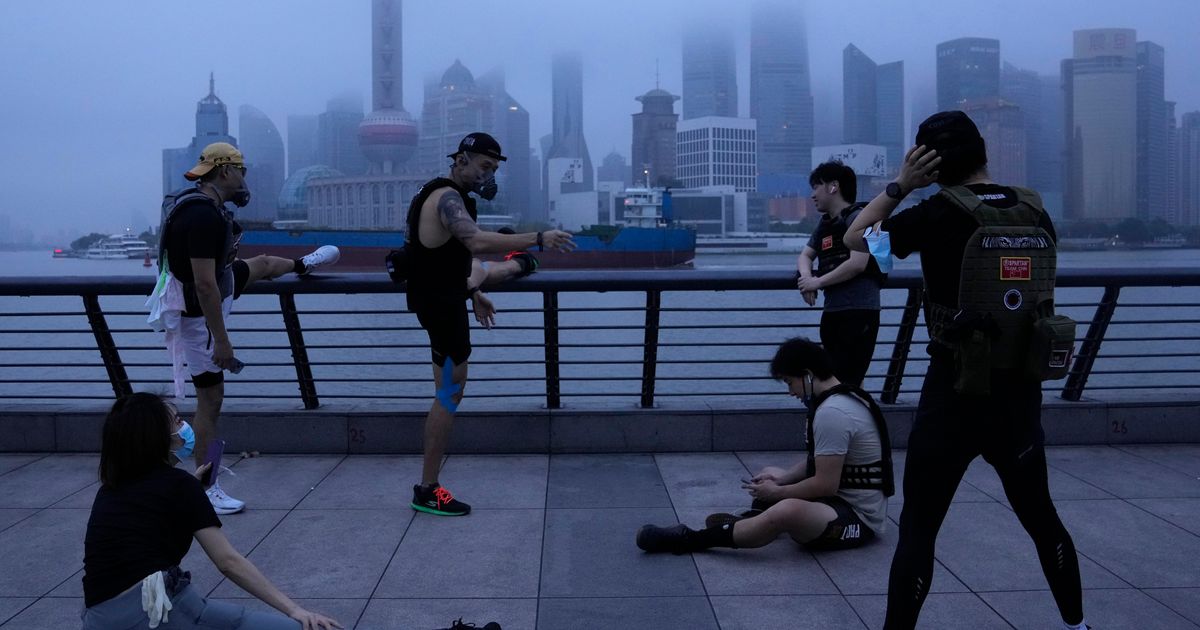