College football fans were treated to what has become a meteorological event in college football of the 21st century: the official demotion of the Hurricanes.

On Saturday, when the Old Dominion Monarchs were all but crowned the football kings of the Commonwealth (Virginia fans may still be nervous after the last two weeks) and Maryland needed a second-half surge to avoid a stalemate with the SMU Mustangs, we were also treated to what became the meteorological and college football event of the 21st century: the official downgrade of the Hurricanes.

No. 13 Miami made a splash in the offseason when they picked up graduate Mario Cristobal from Oregon (he was 35-13 at the Pac-12 school) and entered the season with a ton of hype (thanks NIL for making player payments not only legal but incentivized). Certainly the previous hires were the “right move” as Randy Shannon, Al Golden, Mark Richt and Manny Diaz averaged just under four years (I’ll never know how Golden got that fifth season). So when the Hurricanes traveled to College Station to play a Power Five team after knocking off Bethune Cookman and sweeping Southern Miss (a great volleyball school), a 17-9 loss to the Aggies threw the Corral outlook – Gables. There’s no reason not to believe that Cristobal (and a little South Beach$$$) won’t turn things around, but Cane have been kicked out of the unbeaten garden again by the end of the summer.

Virginia Tech (2-1) had an unenviable 11 a.m. start, but still started strong, taking a 20-0 halftime lead over woeful Wofford. Perhaps an early wake-up call will wake up the Hokies, as a less-than-stellar second half led to a 27-7 victory over an FCS school that has been outscored 57-0 this fall. But the early start also means a little extra time to play on Thursday night.

Hokie Highlights: Grant Wells threw for 314 yards as the offense scored on four of its first five drives (the exception being a missed fourth-and-one at the Wofford 22). They owned the third down, converting 7-13 on offense and holding the Terriers to 3-11 when they had the ball. William Ross connected on field goals of 41 and 46 yards, while Pete Moore averaged 47.7 yards per punt.

Hockey Humbling: only one possession after halftime, and their first two possessions of the third quarter yielded 28 yards on 10 plays. The ground game gained just 3.2 yards per carry. And allowing a touchdown to a team that hasn’t gone scoreless in a season (albeit just two games) isn’t the end of the world, but it’s not ideal either.

Next: Thursday at 7 p.m. vs. 1-2 West Virginia. In Blacksburg. Leaving the light… entering the night.

Virginia (2-1) also started their game against Old Dominion strong, scoring a touchdown and a field goal on their first four possessions. It looked like more points were in store for the number five drive, but ODU’s four Mike Hollins fumbles prevented them from scoring 17 points in the first half. And they held it within 17 over the next 30+ minutes, avoiding the upset with a 16-14 victory thanks to a Brandon Farrell field goal. Attract ACC?

Chivalrous congratulations: Brennan Armstrong had a much better day than he did at Illinois, giving up 284 yards on 54 carries. Xavier Brown rushed for 88 yards and Keitaon Thompson caught nine passes for 118 yards. Langston Long led the defense with nine tackles. And Parris Jones not only rushed for 56 yards, but also recovered a fumbled punt that set up a UV field goal.

A gentleman’s concern: three fumbles (two by Brennan Armstrong), one of which took points off the board and the other led to Monarch’s first touchdown. Langston Long’s nine tackles might be good, but three of his top four tackles were defensive tackles. This means that your first two levels don’t work against the run or too many passes go to the second. While Farrell hit the game-winner as time expired, he also missed a 36-yarder that would have put the game out of reach with three minutes left.

Up next: 3-0 Syracuse on Friday at 7 p.m. Not a typo, oranges are actually invincible.

Maryland (3-0) and SMU each entered Saturday night averaging more than 45 points per game and looked like they might get there after a slow start when the Mustangs led 20-17 at halftime. But the Terps’ defense held Tanner Mordechai to 14-26 passing for 104 yards after intermission, while the offense put together two dominant scoring plays in the fourth quarter (nine plays for 68 yards and 10 plays for 46 yards) to pull away with a score of 34-27 victory. Was it perfect? No. But their record is … so far.

The turtle triumphs: Roman Hamby rushed for 151 yards and a touchdown while adding 62 receiving yards. Coach Mike Locksley also called out his pass blocking, especially on a 49-yard TD pass from Taulia Tagavailoa to Rakeem Barrett in the first half. Bo Brade had 15 tackles and an interception that started the Terps’ touchdown. The defense would post two more tackles, including an interception that set up the game-winning TD and a fumble recovery inside their 10-point SMU that didn’t allow a field goal. Colton Spangler averaged 50.6 yards per punt.

Tortoise problems: 15 penalties! Including a first-and-10 at the SMU nine, Maryland was called for illegal formation, illegal tackling, holding and unsportsmanlike conduct in short order to set up a fourth down at the 23. They were fortunate to score a field goal. The offense also took a while to get going, converting just 1-5 on third downs in the first half.

Next: Saturday at noon on the road against No. 4 Michigan. The 3-0 Wolverines have outscored their opponents 166-17 this season. 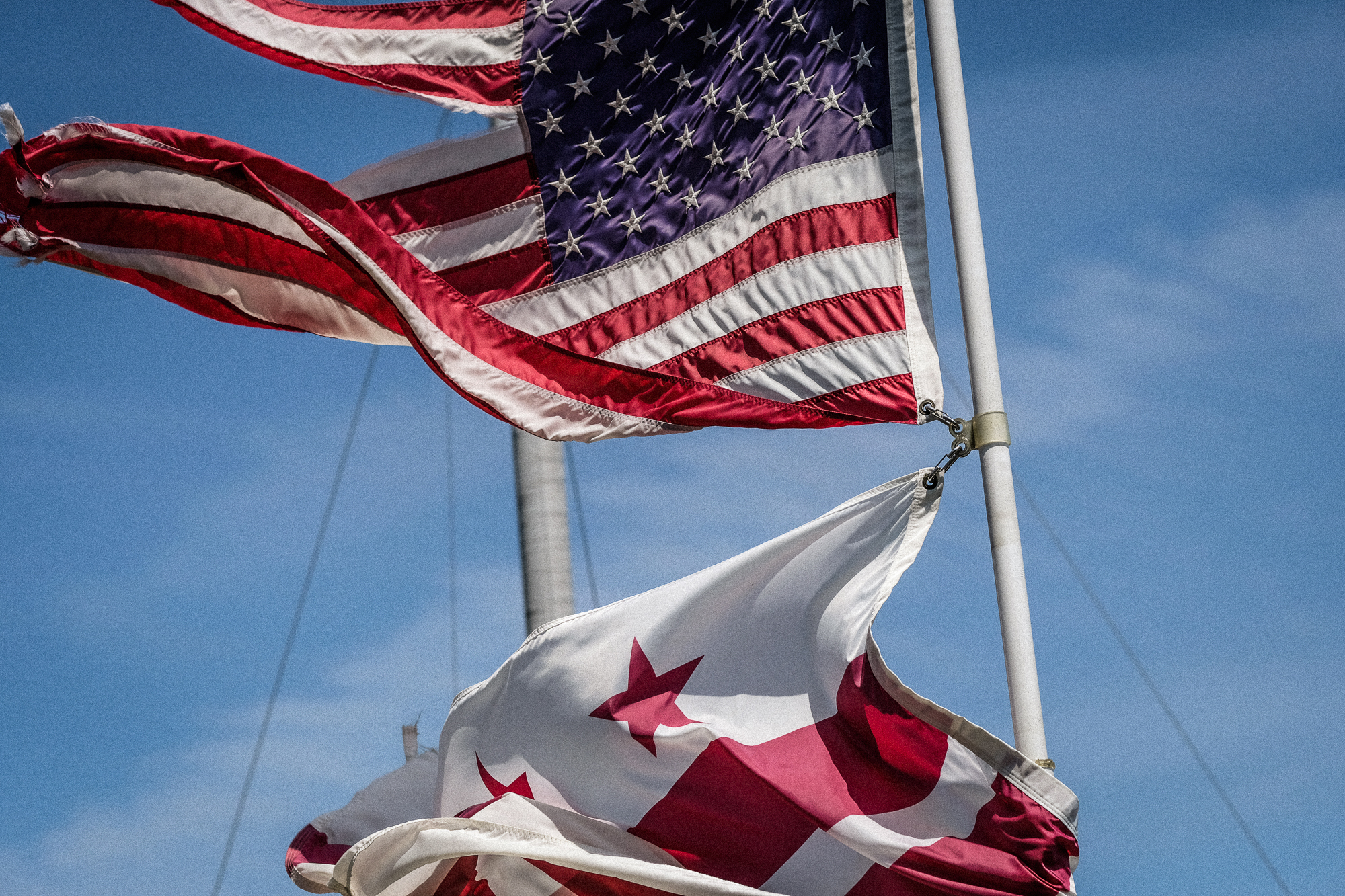 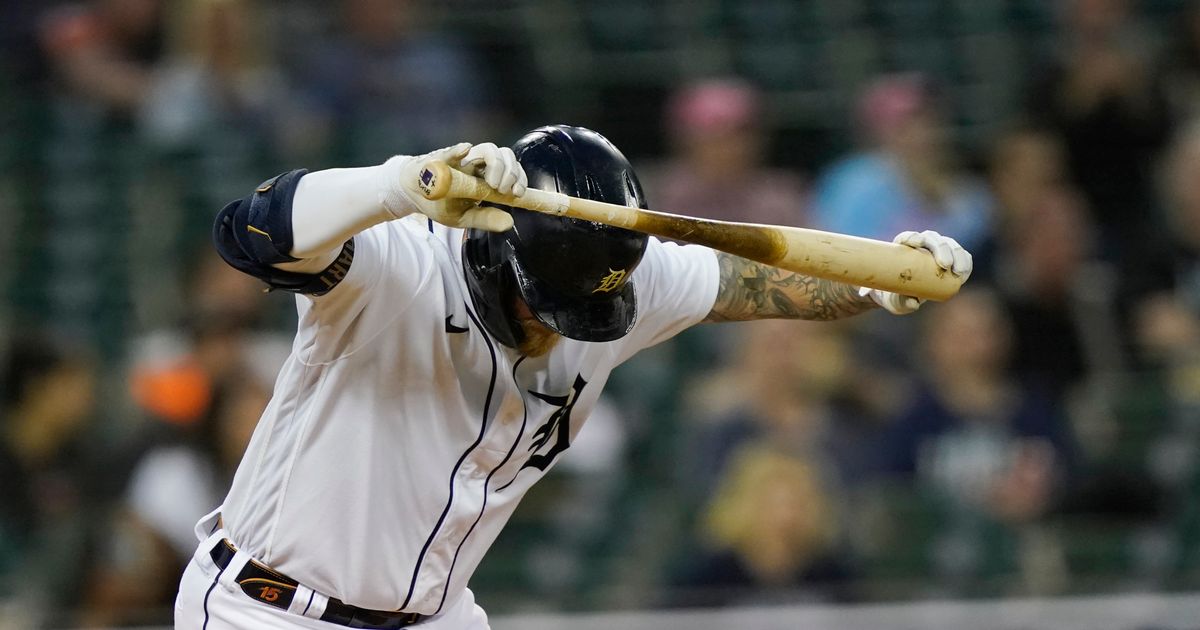 30 May 22 user
After an encouraging second half in 2021, the Detroit Tigers for the first time in…
Sports
0
Go to mobile version