It was a night of discussions about parking in front of Lacey City Council on Thursday, and the council considered whether to increase the minimum parking for future apartment buildings, as well as whether parking for electric vehicles and chargers for various uses would be needed.

After smoothing out the initial confusion the first vote went relatively easily. With regard to the parking of electric vehicles, the council rejected the first proposal before agreeing on a changed option.

Before it was over, council member Lenny Greenstein sounded the alarm, a possibility that was acknowledged by city officials that the new requirements for apartment buildings probably meant higher costs and that those costs could be passed on to tenants.

“We can’t get our cake and also eat it,” Greenstein said, adding that the city is constantly talking about the need for affordable housing, but then doing everything it can to increase that cost.

“Every time we add more parking or extra requirements, we increase the cost of housing in a market where there is already a shortage of housing,” he said. “We can’t have both.”

Prior to Thursday’s vote, the city’s previous standard for apartment parking was a requirement of 1.5 seats per unit. Then the city began to hear from the operators of residential complexes – as an example cited Britton apartments in the northeast of Lacey – that they had problems with providing sufficient parking for residents.

The council eventually unanimously voted to change the standard of multi-apartment parking to one based on the number of bedrooms per unit. For example, instead of providing 1.5 places for a three-room apartment, it will now have two rooms, city information shows.

Planning Commission Manager Ryan Andrews also made it clear that the board simply voted on the minimum requirement. If the developer wanted to build more parking lots, they could, he said. The ordinance also does not apply to parking for visitors.

This was what Mayor Andy Ryder insisted during the discussion, although Greenstein noted that increasing the minimum parking could solve his problems.

Board member Robin Vazquez added that the new policy will have no retroactive effect, which means Britton Apartments still have problems. She wondered if more could be done with public transportation to help the apartment community.

Vazquez grew up in Bremerton, she told the council, and said the area’s largest employer, the Navy, has all kinds of shuttles that serve it. Perhaps something similar could be created for those Britton Apartment residents who work at the Lewis-McCord joint base.

“Explore direct transit routes to the base that will allow people in Lacey to get to work without having to depend on parking,” she said.

After the council voted for minimum parking standards for apartment buildings, the council weighed the requirement that a certain percentage of parking, depending on the type of use, be provided for electric vehicles.

The current city code for parking electric cars is optional.

The following was considered: 10 percent for parking electric vehicles for apartment buildings of 10 or more units, 10 percent for housing (hotels), three percent for offices, institutions, municipal and medical and one percent for industrial and recreational use.

Greenstein quickly pushed the decision, calling it pointless because the developers are ready to meet the growth of electric vehicles.

“I see no reason for us to decide to do what the market is already doing,” he said.

One of the reasons why the topic of electric vehicles was submitted to the council is that it is considered a “priority point of implementation under the Terston Climate Mitigation Plan”, according to the agenda.

Some board members had trouble with the 10 percent demand, deeming it too high. In the first vote, the decision failed with 4-3 votes. Council member Michael Stedman then proposed an amendment that reduced the 10 percent requirement to five percent for apartment buildings and hotels. It passed 5-2 votes.

Greenstein voted against it, as did board member Ed Kunkel, who was concerned about the cost and possible liability issues of charging stations forcing developers.

Vazquez voted for it.

“It’s like an increase to a goal we all know needs to be achieved, and I think the data will show that it will be about twice as effective as the 10 percent target,” she said. “But I want us to start building a fund.” 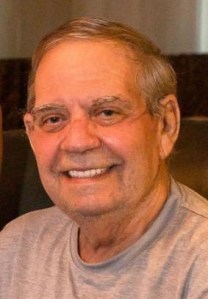