A father dies of grief over the death of his teenage son when the shelling destroyed a football field near the school.

These scenes unfolded in the Mariupol port on the Sea of ​​Azov and around it in southern Ukraine over the past week, filmed by Associated Press journalists who documented the Russian invasion.

With nighttime temperatures just above zero, the battle over the weekend plunged the city into darkness, disrupted most telephone services and increased the likelihood of food and water shortages. Without a telephone connection, the medics did not know where to take the wounded.

Russia’s Defense Ministry says it is holding a temporary ceasefire on Saturday to give civilians time to evacuate Mariupol and Volnovakha, a city north of it. A senior official in Mariupol said the ceasefire there would last until 4pm local time and the evacuation would begin at 11am.

Russia has made significant progress in the south, apparently seeking to block Ukraine’s access to the sea. The capture of Mariupol could allow Russia to build a land corridor to Crimea, which it captured in 2014.

“We can do it!” – shouts a hospital employee, urging his colleagues, who are rushing to pull out of the ambulance injured 6-year-old girl, already pale, in bloody pajama pants, decorated with cheerful unicorns.

Her mother seems to know better.

A woman in a knitted winter cap, who is also stained with blood, cries in horror and distrust when a team of medics first tries to resuscitate the girl in an ambulance and then in a hospital where their efforts are both desperate and futile.

While the mother waits alone in the hallway, the nurse cries and the traumatologist tries to do a defibrillator, inject and pump oxygen. The doctor looks straight into the camera of an AP video journalist leaked inside.

He has a message: “Show it to Putin.”

DEATH COMES TO THE FOOTBALL

Outbreaks of shelling illuminate medics standing in the parking lot waiting for the next emergency call.

At a nearby hospital, a father buries his face in the lifeless head of his deceased 16-year-old son. The boy, sheltered under a bloody sheet, died of his wounds from the shelling of the football field where he played.

Hospital staff wipe the blood from the wheelchair. Others treat a person whose face is obscured by blood-soaked bandages.

They find an injured woman in the apartment and take her to an ambulance, her hand quickly trembling with obvious shock. She screams in pain when doctors take her to the hospital.

Orange light flashes on the darkening horizon at the edge of the sky, and loud blows are reflected in the air.

Resting the toddler, perhaps instinctively responding to the camera’s gaze, raises his hand and waves.

But the mother has tears in her eyes.

They lie together on the floor in a gym turned into a shelter, waiting for a fight that rages outside.

Many families have young children. And as children can go anywhere, some giggle and run across the floor covered with blankets.

He says locals brought supplies. But as the Russian siege continues, the shelter lacks drinking water, food and gasoline for generators.

Many there remember the shelling in 2014, when Russian-backed separatists briefly seized the city.

“The same thing is happening now – but now we have children,” said Anna Delina, who fled Donetsk in 2014.

In a field in Volnovakha on the outskirts of Mariupol, a number of four green tanks hold guns at about 45 degrees.

Two of them shoot, slightly throwing the cars back, and sending clouds of white smoke into the sky.

The tanks are painted with the letter “Z” in white, a tactical sign designed to quickly identify military units and help troops distinguish a friend from an enemy in battle.

Z-tanks move through Russian-held territory and are believed to be used by Russian troops.

AMONG DEATH THE JOY OF BIRTH

The nurse puts a shirt on the newborn, who first fusses and then cries loudly. It’s a joyful sound.

Babies born in the Mariupol hospital are taken down the stairs to an improvised children’s room, which also serves as a bomb shelter during the shelling.

Sitting in a dimly lit shelter, new mother Ekaterina Sukharokova is trying hard to control her emotions, holding her son Makar in her arms.

“I was worried, worried about having a baby at the time,” said the 30-year-old, her voice trembling. “I am grateful to the doctors who helped this child to be born in this environment. I believe that everything will be fine. “

Over the basement, hospital staff are working to rescue the wounded as a result of the shelling. A woman with blood flowing from her mouth screams in pain, The young man’s face is ashen when he is taken to the hospital. Another who did not survive is covered by a thin blue sheet.

“Need I say more?” – says the head of the department of anesthesiology Alexander Balash. 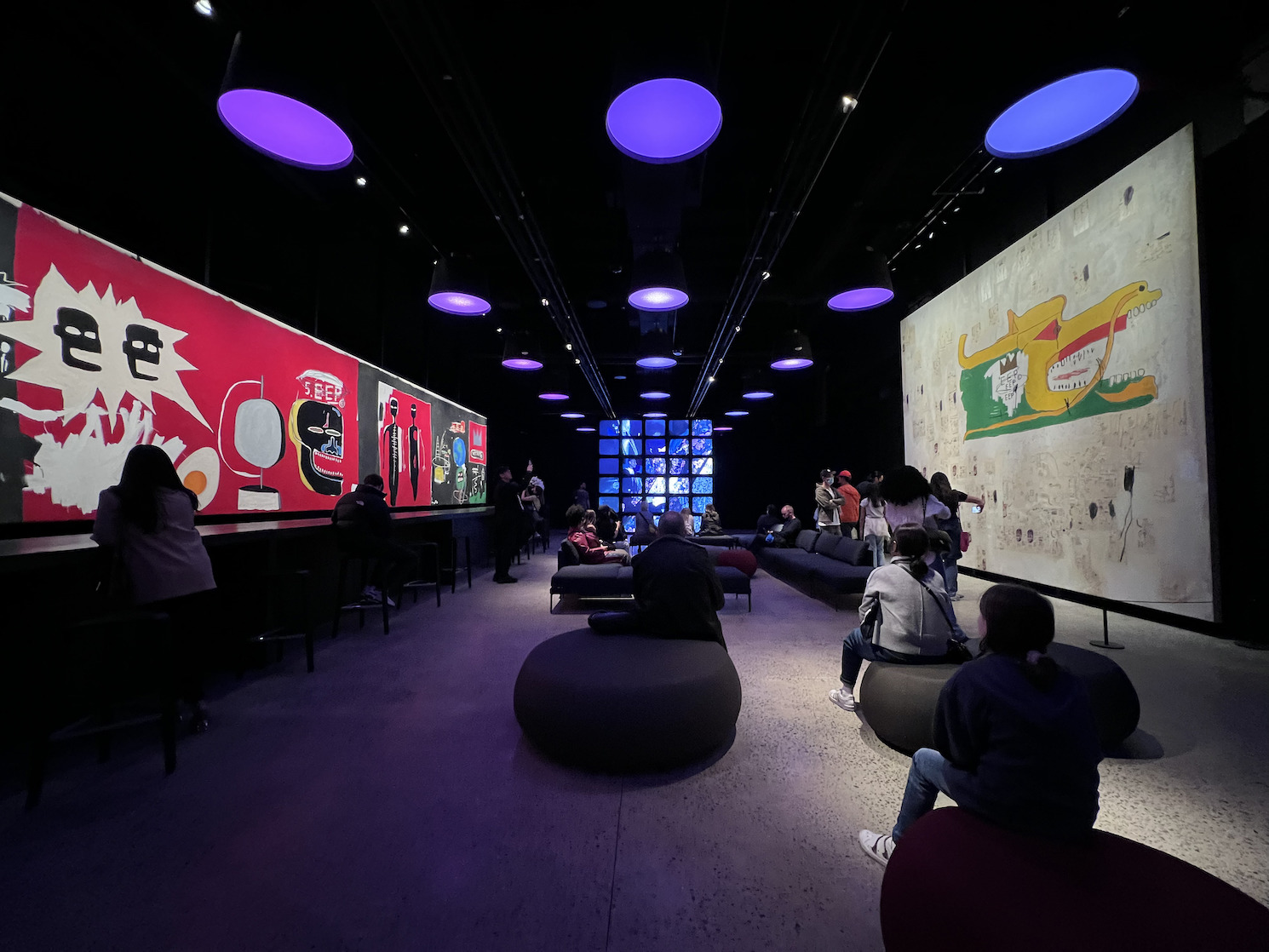 3 May 22 user
Organized and curated by the family of the late artist, “Jean-Michel Basquiat: King of Pleasure”…
USA News
0 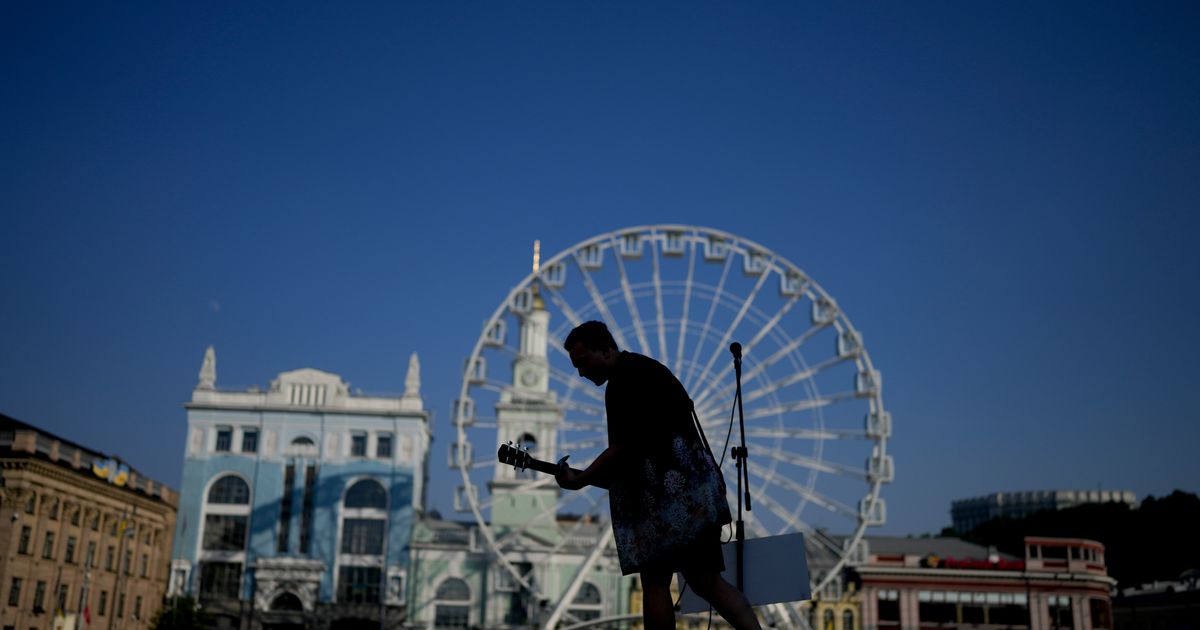