A teacher from Georgia, accused of hitting a student in the face with a computer charger, was arrested and sent on leave, authorities said.

Barlow is a teacher of mathematics and science in the eighth grade Kennedy Road High School in Griffin, the school website shows.

Deputies were summoned to the school on February 16 in connection with a report that a student had been beaten by a teacher, authorities said. It is reported that the incident was recorded on video in the classroom, which the school administration provided to deputies.

According to Spalding County Sheriff Darrell Dix, the video shows a teacher and students coming to class and finding another student sitting at a teacher’s desk in his chair. That’s when the teacher grabbed the charger from her desk, “swung the plug end of the charger at the student sitting in the chair, missed it (and hit him in the forehead of another student”, causing him to fall to the floor.

“When this student is lying on the floor, you can see the teacher waving the rope 2 more times on the student sitting in the chair and covering himself so as not to get hurt,” Dix said.

The injured student received a small cut and swelling on his forehead, deputies said.

Deputies said Barlow voluntarily went to the sheriff’s office on Wednesday to discuss what happened and “fully cooperated” with the investigation. Authorities have consulted with the district attorney’s office, which has decided to charge Barlow with battery and simple assault, the release said.

On Thursday, February 17, she appeared before a judge who imposed bail on her. As of Friday, Feb. 18, Barlow’s name was not listed in Spaulding County Jail records.

A Griffin-Spalding County spokesman said Barlow would remain on leave pending an investigation by the sheriff’s office and the school district. 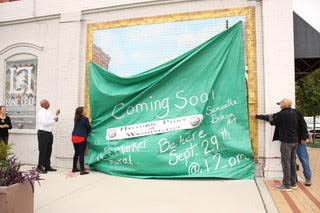