Blankets envelop us with a sense of home, tradition and the comfort of handicrafts. In Joey Weltkamp’s hands, the quilts also offer gorgeous, eccentric, sometimes melancholy references to the Northwest Pacific, pop culture and his gay identity.

“SPIRIT!” – a large, rich personal exhibition of blankets, drawings and installations at the Bellevue Art Museum – honors hilarious visuals, multi-layered allusions and mystical requests of this self-proclaimed queer-folk bridge, who is loved by local art.

A recent meeting with Weltkamp, ​​his husband Ben Gannan, who is also an artist, and curator of BAM Lane Eagles was like being part of a sewing club, sharing a company, gathering stories together.

Weltkamp said that while his work may have sad nuances, he wanted to create a mood with this show, which was mostly organized during the COVID-19 pandemic. It serves as a mid-career retrospective for the 50-year-old artist, although Weltkamp didn’t “find his artistic voice,” as he says until he was 40 years old.

The oldest item on display is a 1978 Star Wars quilt made by his aunt for 8-year-old Joey. Weltkamp says he has always been attracted to things that were considered soft and feminine, and the family tradition of making blankets led to his later decision to take that shape.

But before he started making blankets, he painted them, a practice he continues today. The BAM exhibition combines several neatly hung blankets with matching images depicting blankets in the form of mixed stacks, as if recently dumped from a warm body.

Themes of comfort and home life run throughout the show, and there are quite a few new works created at the Weltkamp and Gannan home in Bremerton. “Berry Quilt” was finished just this year; its seemingly simple list of local berries is destined to become a Veltkamp classic.

Like roadside signs and menu boards with changeable letters, to which he often nods his head, Weltkamp quilt messages are immediately available. But there are remnants of personal and cultural histories. The Berry Blanket is a partial list of edible plants cared for by Weltkamp and Gannan, a marker of the home they have created and cared for together.

“Berry Blanket” is an accompanying work to the “CHAMBER”, an art installation of jams and jellies made by husband and wife. The project began amid concerns about growing homophobia and the loss of rights caused by the 2016 Donald Trump election. This terrible prehistory is not manifested in the installation of gemstone jars on the magic shelf. Instead, we are given a magical vision of a self-sufficient cottage life and what they call the “cooking economy” of household goods trade with friends and neighbors.

Also on display is a huge blanket from their home bed, which, not coincidentally, was created early in their relationship. But, as always, a blanket called “It’s Happening Again” carries additional stories. Fans of David Lynch’s “Twin Peaks” series will learn this phrase, as well as many other references to cult classics.

Owls, for example, are a common motif of Lynch and Weltkamp, ​​symbolizing vigilance, spirituality and variability. As the Giant tells Agent Cooper in Twin Peaks, “Owls are not who they seem.”

The Northwest Pacific features are a touchstone for Weltkamp, ​​who has lived here – and loved living here – most of his adult life. But love, for Weltkamp, ​​doesn’t mean closing dirty parts. Peering into a large-scale blanket called “Great Northwest III,” we see that the scrap letters of fabric denote basic things in the Northwest, such as “rain” and “coffee”. But wait, there are also “boredom”, “UFOs” and “serial killers”.

Weltkamp points to the khaki-colored pocket included in The Great Northwest III, explaining that pockets often appear in his work to testify to the need for secrecy felt by so many people in the LGBTQ + community.

The exhibition is deliberately gay-friendly and inclusive, starting with the joyfully framed sign “GIFT” near the entrance to the courtyard of live rainbow pennants and sails. Rainbows and PRIDE colors are everywhere.

Flags, blankets, bedspreads and banners are not typical types of fine art. Weltkamp is fond of crossovers, even calling his blankets “soft pictures”. It inherits the quilt form of social activism, folk art and women’s household use and recognizes the influence and importance of the quilt from other communities.

Seeing Gee’s Bend quilts was for him a “release,” allowing him to play with expression, he said. Black women who quilt from Geez Band, Alabama, continue to collect old clothes and find fabrics in both traditional and innovative ways.

For Veltkamp pieces of found and personally used fabric (he often uses his own and old Gennan clothes) are combined with found text and personally loud phrases. Genan calls it the “beautiful alchemy” of Weltkamp’s work, and, indeed, there is something magical about this show.

When we come out of pandemic self-isolation, long for community, but still need home comfort, the art of Weltkamp is exactly what we need now. Veltkamp shows us the possibilities of transformation through communication, everyday joy and a bit of weirdness. 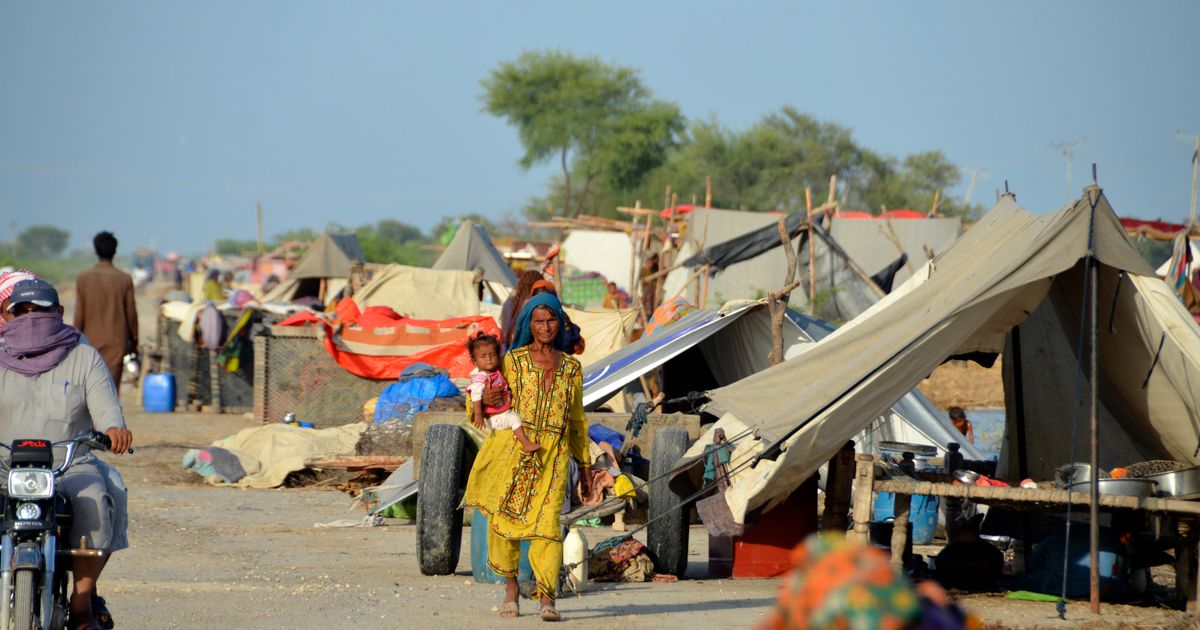 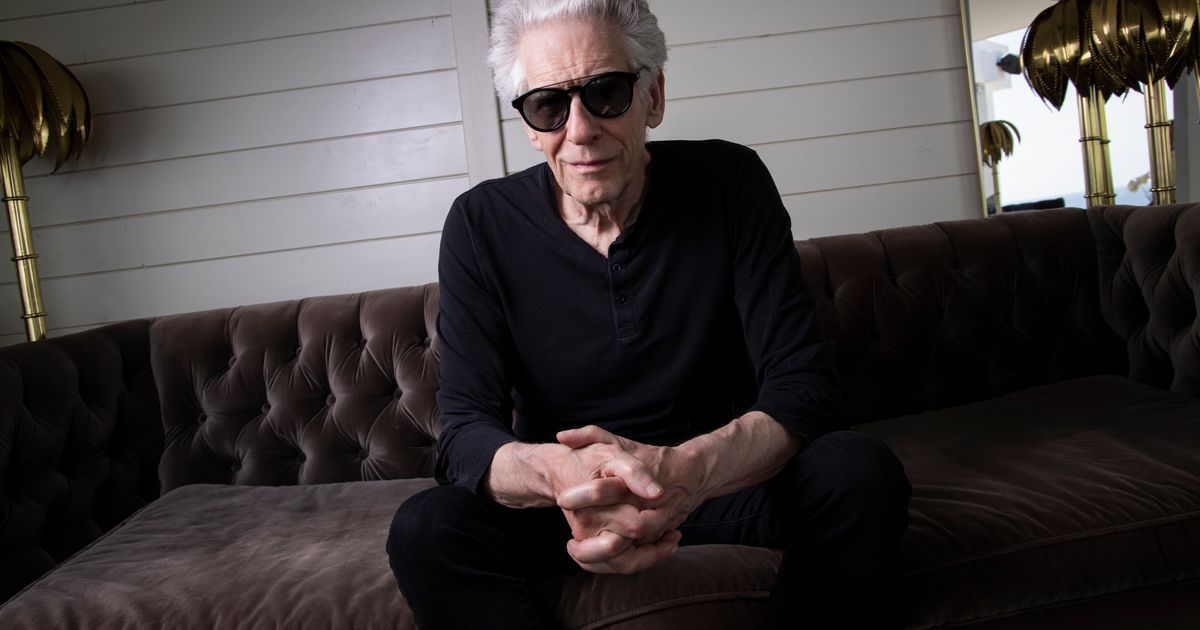 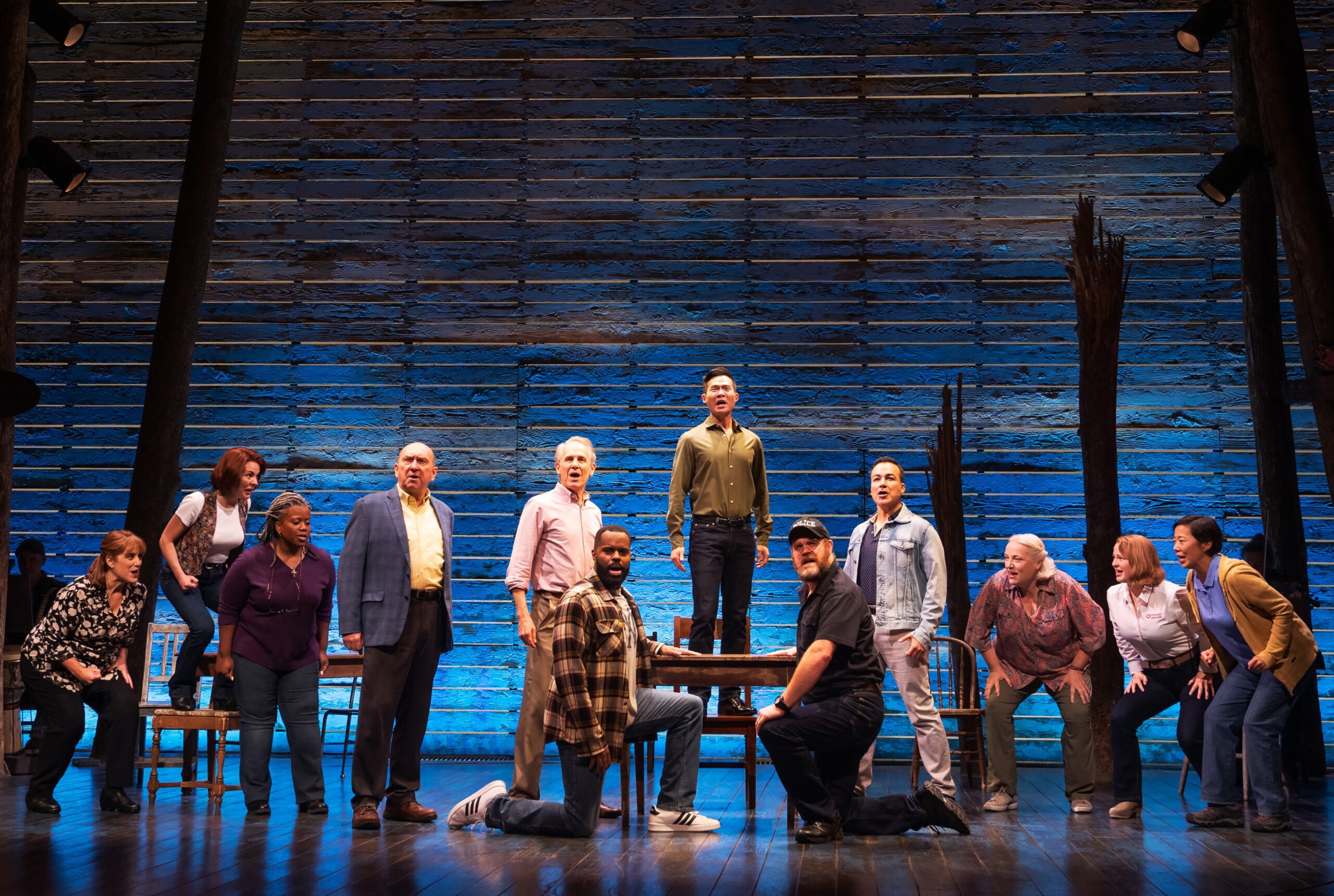