In March 2022, Edwards became an offensive assistant for the Atlanta Falcons and worked with the team’s defensive backs. He starred as a receiver at EWU in the early 2010s and spent three seasons (2014-16) as the WRs coach at his alma mater.

Edwards is the first new full-time assistant to be added to WSU’s staff since the team hired offensive coordinator Ben Arbuckle from Western Kentucky earlier this month. Edwards replaces Joel Filani, who was the Cougars’ receivers coach for one season. Filani recently interviewed for the WRs coach position at Texas, according to a report from Orangebloods.

A native of Tacoma, Edwards went on to EWU in 2009 and became one of the Eagles’ all-time top receivers. He finished his career with 2,634 yards and 33 touchdown receptions on 215 catches, all five marks in EWU program history. Edwards helped the Eagles win the FCS championship as a sophomore in 2010 and earned All-American honors after leading the FCS with 19 TDs in 2011.

After going undrafted in 2013, Edwards signed with the Minnesota Vikings but was not drafted. He had offseason stints with the Seattle Seahawks and Arizona Cardinals before transitioning to coaching in 2014. He was a strength and conditioning assistant at EWU for one year before taking over as the receivers coach.

According to an ESPN article, Edwards was instrumental in the development of Cooper Kupp, a four-time All-American at EWU and now an NFL superstar with the Los Angeles Rams. While working under coach Bo Baldwin at EWU, Edwards also coached future NFL standout Kendrick Bourne.

Edwards and Baldwin reconnected in California. Edwards coached the Golden Bears’ receivers in 2017-18 and coached the running backs in 2019. Baldwin has coordinated Cal’s offense throughout this season. Both coached at Cal Poly from 2020-21 — Edwards was the OC/WRs coach for the FCS Mustangs under Baldwin, head coach.

With Edwards on board, WSU appears to have finalized its 2023 offensive staff. Mark Atuaiah recently announced on Twitter that he will remain WSU’s running backs coach. Various social media reports indicate that Clay McGuire remains the offensive line coach and tight ends coach Nick Whitworth is returning for a second season as the tight ends coach.

WSU coach Jake Dickert told reporters last month that he hopes to retain parts of the 2022 staff and maintain continuity in the team’s offensive schemes. Arbuckle will introduce some wrinkles, but the Cougars won’t be installing an entirely new offense. Arbuckle’s version of the air raid has some similarities in concepts to WSU’s last offense, a modified air raid under former OC Eric Morris, now the head coach at North Texas.

Dickert also stresses the importance of recruiting coaches with ties to the area or to WSU. Edwards should help boost the Cougars’ recruiting efforts in Washington and California, two of the most significant recruiting areas. He is WSU’s second incoming assistant with experience in the Inland Northwest. The Cougars’ defense will be coordinated next season by Jeff Schmedding, a Spokane native and former longtime EWU assistant who most recently coordinated the defense at Auburn and Boise State. Schmeding’s hiring was officially announced on Thursday.

Edwards will take over a revamped receiver room. The Cougs lost four big-name receivers from their 2022 roster, with slotbacks Renard Bell and Robert Ferrell graduating and outside receivers De’Jon Stribling and Donovan Ollie to Oklahoma State and Cincinnati, respectively.

25 Dec 22 user
When I was a kid, we started getting ready for Christmas the day after Thanksgiving.…
USA News
0 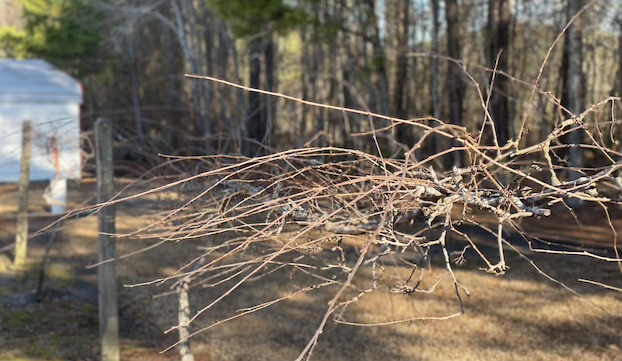