It’s been more than a week since four Idaho State University students were found dead in their Moscow home. Since then, the Moscow Police Department and other agencies investigating the quadruple murder have been slow to release information to the public.

As of Monday evening, there were still no suspects in the killing and police had not yet recovered the weapon.

This was stated by the head of the Moscow police, James Fry last week that he could not confirm there was no threat to the public and urged people to “remain vigilant” and “monitor the environment at all times”.

More information about the case was released over the weekend and Monday, including the people Moscow police have cleared from the investigation and more details about the 911 call just before noon Sunday.

Here’s what we know at the moment.

What is known about the fourth death?

All three women found dead were residents of a six-bedroom rental home in the 1100 block of King Road. One man, Chapin, met with Kernodle and stayed the night at the house.

The Latto County Coroner’s Office has ruled the death a homicide by stabbing one page report. Latto County Coroner Kathy Mabbatt said Moscow-Pullman Daily News that the weapon used must have been a “large knife” and that there was “a fair amount of blood”.

The statesman informed about this police were looking for a “Rambo-style knife” and visited several shops near Moscow, interested in various combat knives. One of the knives police were asking about was a Ka-Bar, which appears military grade blade.

Mabbut also said four students were killed “early in the morning” on Sunday. The coroner’s report did not include a time of death, although Moscow Mayor Art Bethge the Idaho Statesman previously said that it happened between 3 a.m. and 4 a.m. on Sunday morning.

When police responded to a call about an unconscious person inside the home around noon Sunday, they arrived at the home to find four victims. Two victims were found on the second floor and two on the third, Moscow police Capt. Roger Lanier told reporters on Sunday. The police did not say who was where.

Autopsies confirmed that all four died of multiple stab wounds and were likely all asleep when the attacks took place. Some of the victims had defensive wounds.

At a news conference Sunday, Frye declined to say whether the attack was carried out by one person or multiple people, and could not say whether any of the four roommates were clearly targeted.

Was anyone else in the house?

Two other roommates who lived in the house were there but were not injured. Lanier said both women were sleeping on the first floor at the time of the attack.

Moscow police posted information on Facebook saying the two surviving roommates woke up Sunday morning and called friends to the house because they believed one of the victims on the second floor had passed out and wasn’t waking up.

At 11:58 a.m. PT, a roommate’s cell phone called 911 asking for help for an unconscious person. According to the report, several people spoke to the 911 dispatcher.

Detectives said they do not believe any of the people inside the home when 911 were called were involved in the crime.

What were the victims doing the night before the murders?

Kernodle and Chapin were at a party at the Sigma Chi fraternity house — less than a mile from the King Road home — and returned home at about 1:45 a.m. Sunday. Gonsalves and Moden spent the evening at a bar called the Corner Club before stopping in a van downtown on their way home. Both girls also arrived home around 1:45 am

Detectives do not believe the two surviving roommates or any individuals called to the home Sunday morning were involved in the crime.

The Latah County Sheriff’s Office also said an incident involving a knife attack by a dog elsewhere in Moscow was unrelated to the killings, though they did not say how they knew that. The husband of the state asked for additional information.

Detectives are asking anyone who saw suspicious behavior, has surveillance video or can provide relevant information about the deaths to call the tip line at 208-883-7180.

The University of Idaho announced on Twitter that tips can be emailed to Moscow police at tipline@ci.moscow.id.us.

The next police press conference is scheduled for Wednesday at 1 p.m. Pacific time in Moscow.


Sean Goodwin is a feature journalism reporter in the Pacific Northwest. If you like stories like this, please support our work by subscribing to the newspaper.
Support my work with a digital subscription 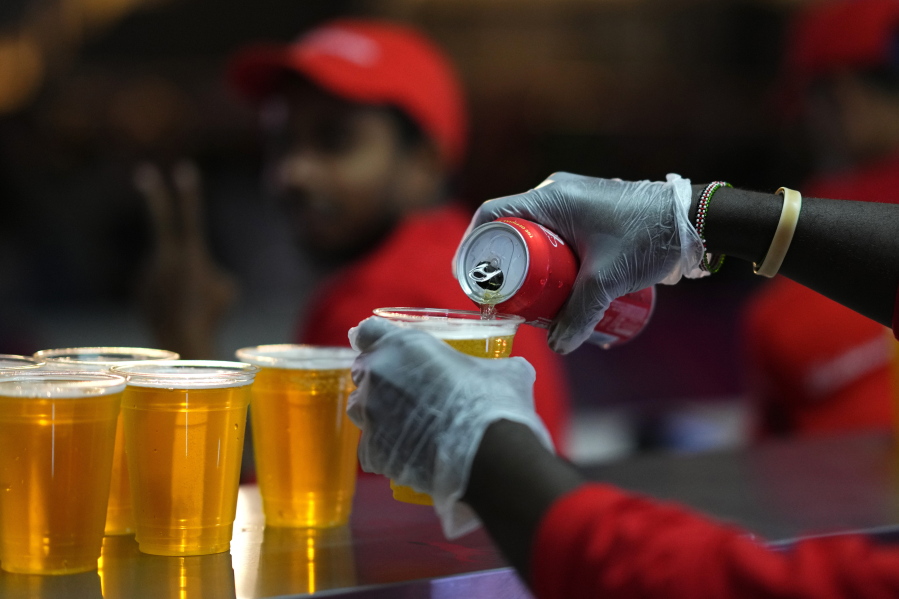